It finally got warm enough to take Kai outside – we have an entire backyard that he didn’t know existed!  You can tell he hasn’t had a lot of experience with swinging, but oh my goodness, he had fun! 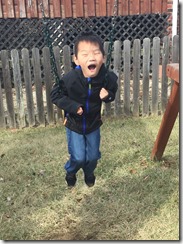 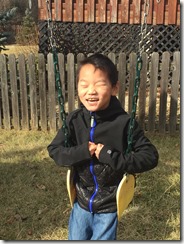 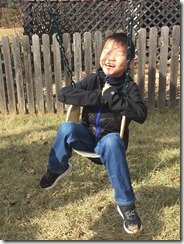 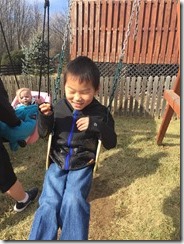 Look at my Bella at therapy – there was a time when she would NEVER have touched that paint with her hands!  So much progress little one! 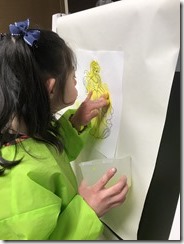 Been having fun with the Instant Pot – chicken pot pie and French Onion Soup (super yummy!) 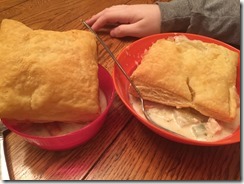 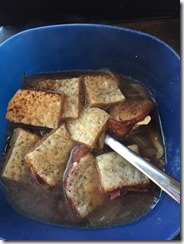 Of course, the Ellie pictures… 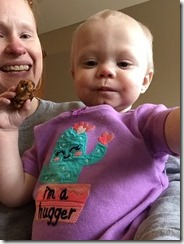 Sweet Kai will just sit where he is put ALL DAY LONG.  I don’t like it! I’m always trying to figure out how to change that.  Dancing was a hit! 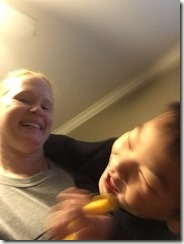 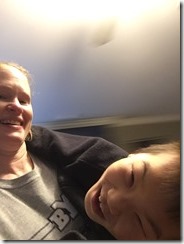 Playing he is not good at, cleaning up, that is a specialty.

Isn’t he so handsome in his shirt and tie!? 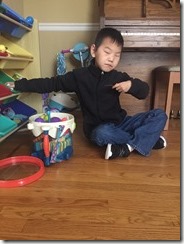 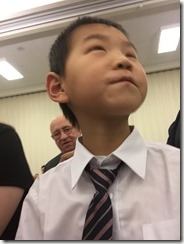 Becca has been visiting her sweet boy – he just needs to eat now and he can come home!  Little Miss and her many bags 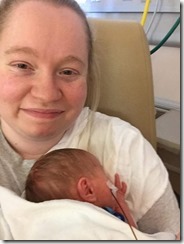 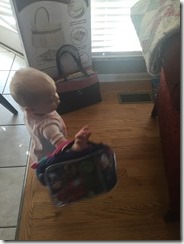 Trevor and Angie came into town to help Grandma and Grandpa get moved in.  G&G just bought a villa home close to the church.  We got to see everyone – it was really nice!  Trevor went to a dance with the girls.  Angie took the girls to a movie.  There was jamming in the car.  They had so much fun getting to know Trevor again!  (and, of course, Grandma’s house looks great too!) 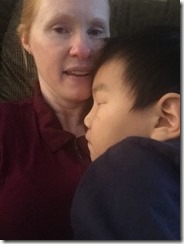 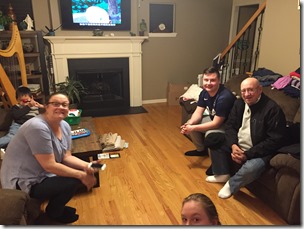 Kai in his customary spot on the couch, listening to TV and eating.

We found a new dentist and poor Jessi had to have a root canal/crown. 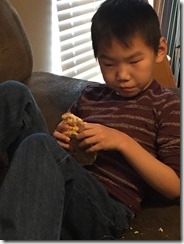 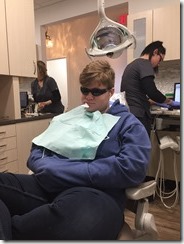 Isn’t this the cutest thing ever?  Sweet Jason with a NICU baby :)  Ahhhh…..Ohhh….

Took Kai in for his first appointment with Dr Agan, our pediatrician.  They had a translator on the phone which was great!  He did fine, except for his ears – he did not want her messing with his ears!  But I saw this poster while we were there – the white glow is the sign for retinoblastoma, which is the cancer Kai had.  So grateful word is getting out about it.  Too often it is fatal.  We lose friends on our Facebook group way too often. 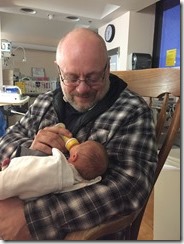 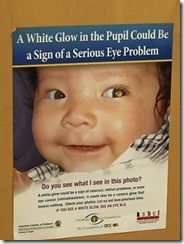 Going back to the 15th and more snow.  Sweet Jason – his Dad’s snow blower is in our garage.  Jason was like a kid with a new toy!  He did our driveway, both neighbors and the sidewalks before running out of gas.  He was having so much fun!

Joy loves the snow too! 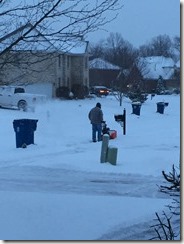 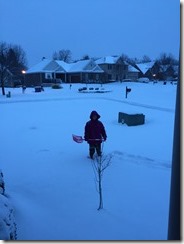 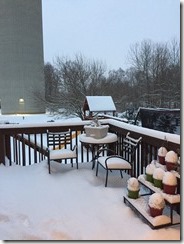 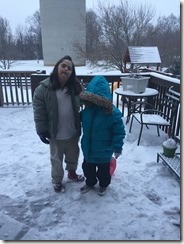