Becca received her Young Women Recognition award today! Yeah Becca! She has worked so hard to accomplish this! Thank you to those who helped her with her goals and projects! I am so proud of her! 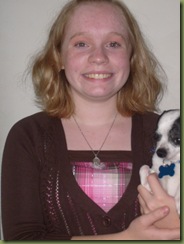 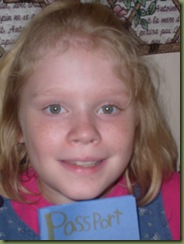 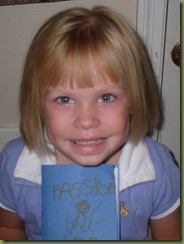 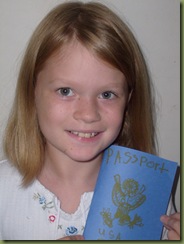 School has started! This year I have four students at the Klein Texas Academy. I have a fourth grader (Sammi), a third grader (Jessi), a first/Kindergartener (Lizzy), and a little princess who will be 15 months tomorrow! My students are studying the normal subjects and then a course called "Children Around The World." I think it's going to be wonderful! If you come by our house, you will see our huge world map in the dining room (built in review at dinner time with Dad - there is a method to my madness!). We have learned about the continents, the major oceans, and how to use longitude and latitude to find places on a map. We are learning about countries and cultures. This week we made our own passports. I was so excited to show them my passport. It was the first time I wished that I still had my old passport from when I was kid. I could have shown them all of my visas! At least I can show them one when I get home from the Ukraine with Jeffrey! The kids favorite thing this week was seeing toilets from around the world (we saw TVs, food, and toilets this week). They are grateful for our white porcelain throne! (me too!) Sammi and Jessi's weekly reports are below.

How was the first week of school you ask? Well, I was sick and Joy was sick. It was ........fun. Yeah, that's the word. :) We survived. It is going to get better and better. Sammi and Jessi have slipped right back into their school routines. Lizzy is picking up reading so quickly! Yeah girls! 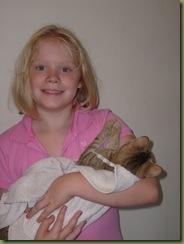 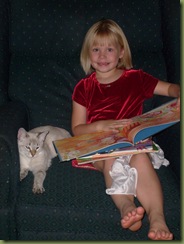 We have two new members of our family - Pumpkin and Emma. They are much loved. And, yes, we are crazy - five kids, five pets. No, I have no intention of getting another pet when Jeffrey gets home. I'm crazy enough as is. :) 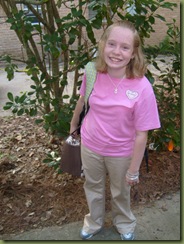 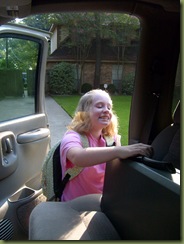 And what we have all been waiting for....................How was Becca's first week? For those of you that don't know, Becca started public school this week. She is in 7th Grade at Doerre. She is taking three honors classes (math, English, and Science), social studies, band, skills for living/keyboarding (both only 1 semester), and the beloved PE. So far she is happy. The homework load has already started and it's intense. I don't know how these kids do it all. She is still happy after one week. She is making friends. So far, so good.

I am a conservative Republican. Truthfully, I have some Libertarian views, but not totally. So given the 2 choices we currently have, I will vote Republican.
This is my blog, so I will post my views here. Feel free to not read this one. It is NOT about my beautiful family.

It is about late term abortion - the PC term for giving birth to a baby and then killing it. I have spent too many hours in NICU to see it any other way. On one floor of a hospital they spend millions of dollars to save our sweet babies and on another they kill them. And it is about Obama. I wish people would look at his voting record. What does this man stand for? It is not what I stand for. It is not about family or protecting the innocent. He is more than a black man. I wish people could see beyond his skin color. This is not the election to break the color barrier. He is a man. Get over the color of his skin and listen to what you would do to our country. I fear for our country. I truly do.

It you think this video sensationalizes abortion or this nurse's experience, go to Youtube. There are far more graphic and disturbing videos. I thought this one was pretty clean.
Posted by Shelly Turpin at 8/22/2008 08:25:00 AM No comments:

Lizzy wanted me to cut her hair so she could have short hair like her sisters.

Why must they grow so quickly??

Here she is, Lizzy the Lizard with short hair (it's still wet) 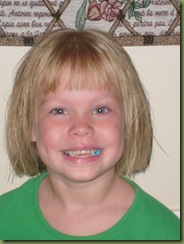 Today for whatever reason, Lizzy decided to stick her finger into the  hole of a lid of Dial soap - for the fun of exploration probably.

Soon I was alerted to this process by the screaming.

Lizzy's finger was stuck fast.  That little finger was NOT coming out.

We unscrewed the lid from the container and ran it under cold water.  (My First Aid teacher would be so proud!)  It was still not coming off.  I used my large clippers and then the scissors - nothing. 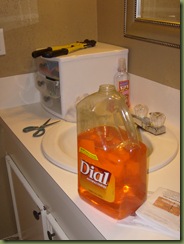 At this point I am feeling the beginnings of panic.

I left the kids in Becca's care and ran across the street to the Heckers.  What would we do without the Heckers?  They are true life savers!

Melissa and I tried cutting it.  We (really she) made a good dent in the plastic, but that thing was NOT coming off and Lizzy was wailing.

We soaked her finger in COLD water (ice cubes floating in the sink).  It was so cold.  Our hope was to reduce some of the swelling.  My hope was it would get so cold, it would be numb and we could work some more.  No good.  Her finger was swollen around the lip of the lid.  Melissa is a Saint!  She should be a pediatric nurse - she was fabulous with Liz.

Finally Jack showed up, took one look at it and proclaimed he knew exactly what to do.  He went and got his very big, industrial strength, toe nail clippers with a very tight and sharp point.  While Melissa and I held her, Jack removed the plastic ring from her finger!

Large exhale!  What would we do without the Heckers?  Thank you Jack!  Thank you Melissa! 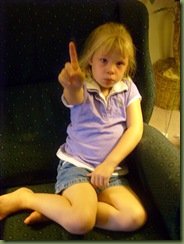 About one hour later, but Lizzy's index finger is still intact! 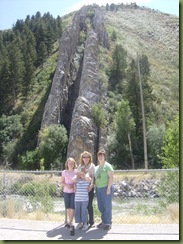 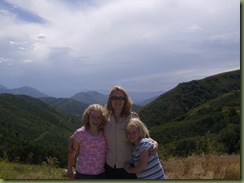 This is called the Devil's Slide        The girls and Linda - they loved the mountains! 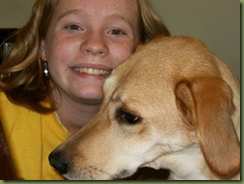 This is Linda's dog, Summer.  Everyone loves Linda's baby. 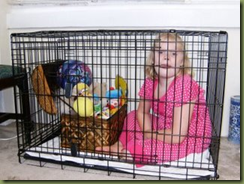 This is Sammi, the dog, playing in Summer kennel.  :) 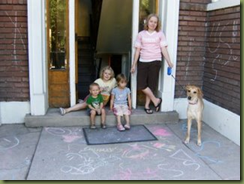 The girls having fun with the neighbor's kids. 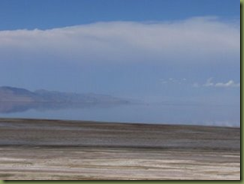 They went to see the Great Salt Lake - kinda brown. 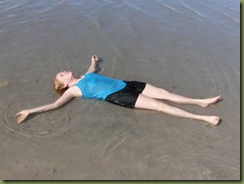 Becca floating in the Lake. 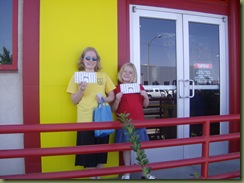 We told the girls they had to get some salt water taffy.  Here they are at Taffy Town! 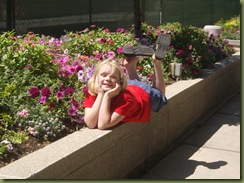 They were able to tour Temple Square.  Cute Sammi and the beautiful flowers. 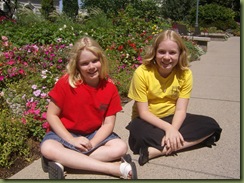 My beautiful girls and the lovely flowers. 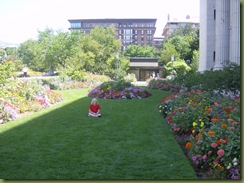 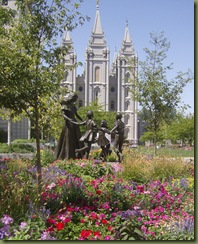 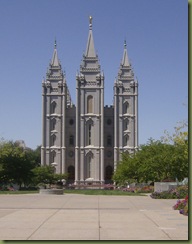 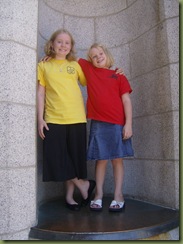 My girls in the bridal alcove - one day it'll be them and their husbands.  Hopefully that day isn't TOO soon!

The girls had a wonderful time - Thank you Linda!

The Many Faces of Sammi Lee

Sammi has the most developed imagination I have ever seen.
Just to share, here is Sammi twice today.
Enjoy! 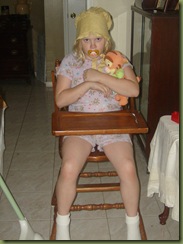 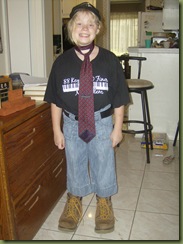