Checking out a new park near our house – Sammi is on a huge kick about living off the land.  She wanted to experiment with some dandelion roots, so she picked dandelions while the kids and I played at the park. 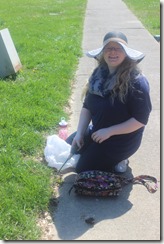 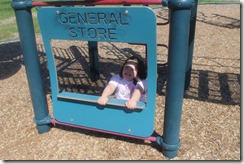 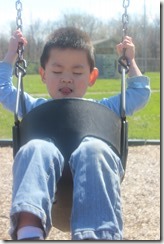 Monday night we had the Hermanas over for dinner.  They were delightful!! The girls had such a great time with them!  These are the kind of women I want my babies hanging out with! 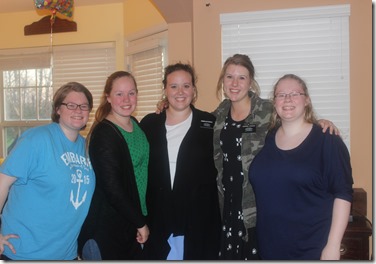 Toulouse – watching the fish and watching the world.  The rest of his time is spent running around the house like something possessed! 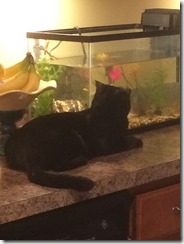 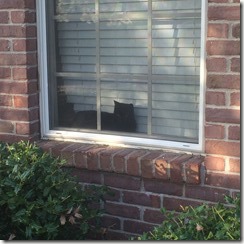 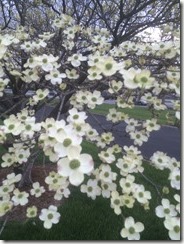 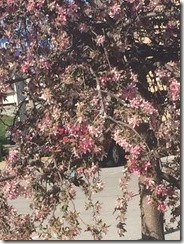 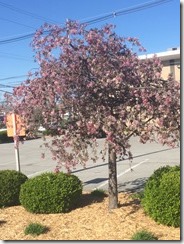 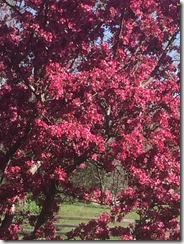 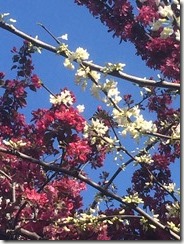 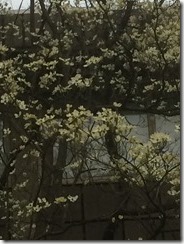 The girls and I went to the Orientation meeting at the Kentucky Refugee Ministry.  We learned about how we can get involved in our own community.  Very cool!  And I love to listen to my girls talk after meetings like these.  How I love their hearts! 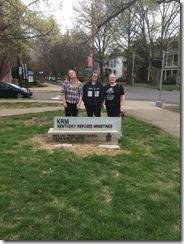 Because she did her OWN hair!

Because she’s cute when she sleeps.

Because his new helmet finally came in 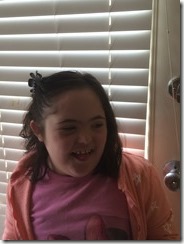 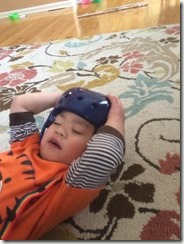 One of many Rummikub games! 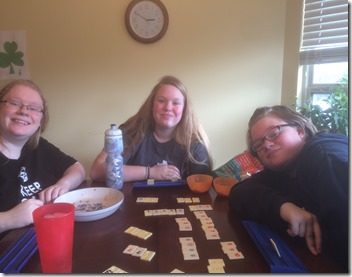 Jason and I went to see My Big Fat Greek Wedding 2 – we loved the seats!!  I told Jason when the big girls move out, we have got to get us some of these! 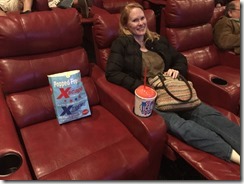 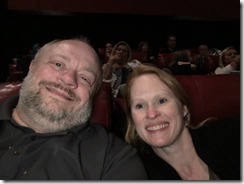 Jason went and toured the house Becca and Blake are going to be renting.  It’s so cute and reminds us a lot of the house we lived in in Provo (ours was blue 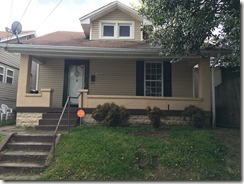 Saturday I had an S&I Inservice.  Jason took the girls out to Simply Thai for lunch.  Lizzy had never been and had been asking. 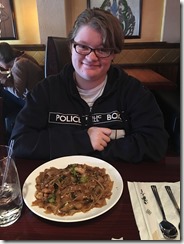 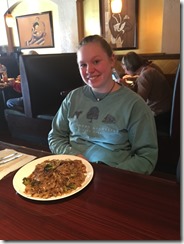 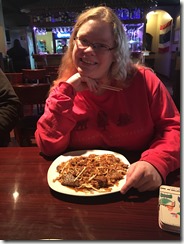 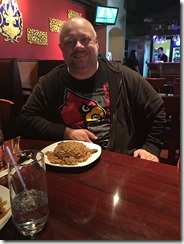