Two HUGE events tonight – Lizzy’s performed in the All County Orchestra and the ward held Young Women in Excellence.  Normally, we try to divide and conquer, that way the babies don’t have to go to things they just can’t possibly sit through.  It wasn’t a possibility tonight – sigh.  Jason went with Liz and everyone else went to church.

The girls had to be there 30 minutes early to set up their displays about their projects and tune Jessi’s harp, so I decided we would play in the gym.  So did all the YM.  Oh, well.  I was so impressed with Brother, though!  Bella had a ball and was playing.  Joy had a ball and was playing. Two little boys were playing with a ball, a stick, and a push broom.  Five YM were playing basketball.  And Brother was able to auditorily discriminate his own ball and follow it around the room.  Way to go Bro – I’m so proud of you! 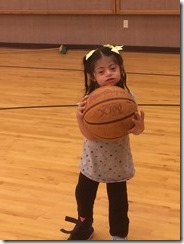 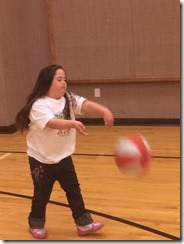 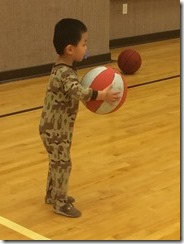 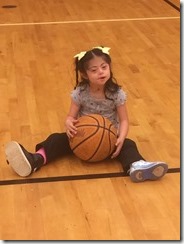 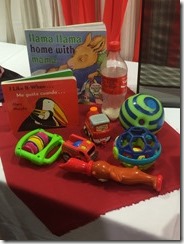 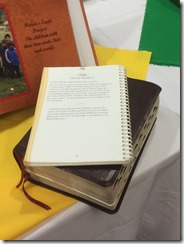 The room was amazing – seriously I don’t have this talent! 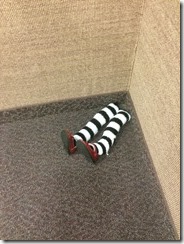 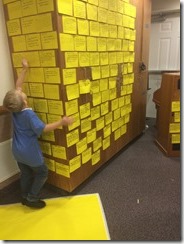 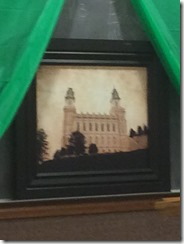 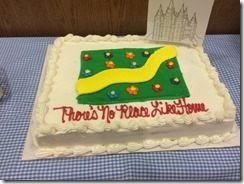 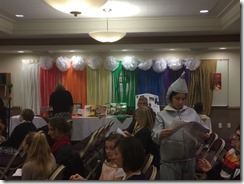 Sammi sang “I Am His Daughter” while Jessi played it on the harp.  It was beautiful!

I was impressed – Jes learned this in three days.  And it’s fast! 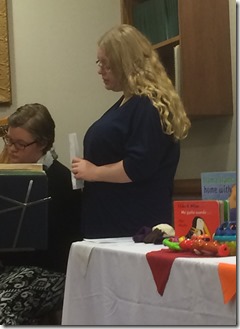 I took a video, but Joy stopped it before it was done.

The program was so cute – with a skit, multiple musical numbers, and three lovely talks. 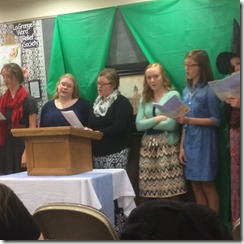 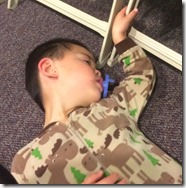 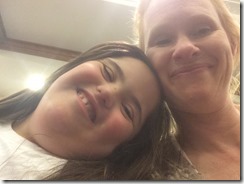