We were very blessed….

On the way back from dropping off the big girls at Seminary, Jason was hit.  Our new Honda, the car we had just bought for Sammi to be able to drive, is totaled.  But we were so lucky!  Right after he was hit, a stranger stopped to help Jason.  He just happened to have a fire extinguisher in his truck.  He put out the fire, called the police, found Jason’s glasses (they had flown off in the accident), and helped direct traffic so no one else would hit him. (It was dark and his lights were destroyed in the impact).  Another lady stopped who used to be an EMT and did a quick check over.  She called the ambulance.  Then the police came and I came.  Poor baby was pretty shaken up, but surprisingly not very hurt.  He was sore from the impact of the air bag and seat belt, so his chest hurt.  The paramedics suggested we go to the hospital just to make sure.  They did x-rays on his wrist and chest, as well as an EKG.  Other than being very sore and having some understandably high blood pressure, he was physically fine.  They gave him some pain killers because they said he’d be even more sore the next day.  Overall, we feel so blessed that it wasn’t worse.  So grateful Jason was protected! 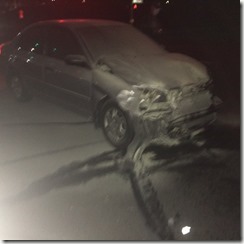 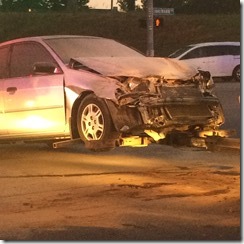 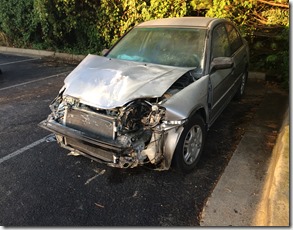 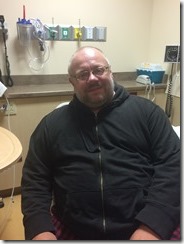